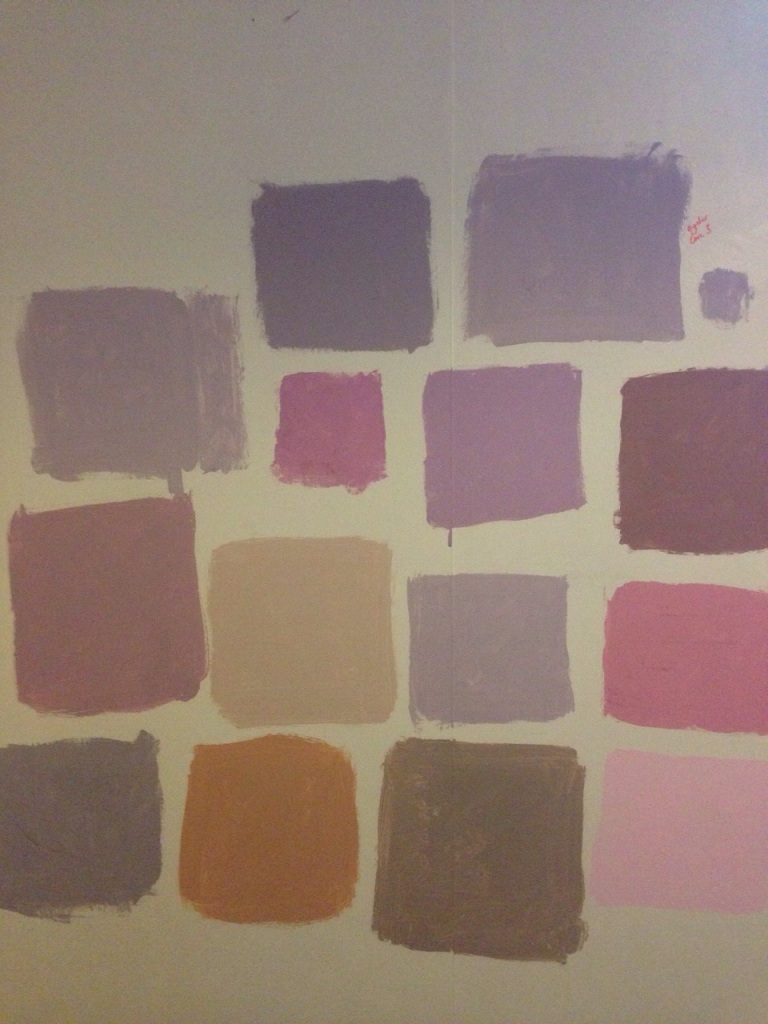 So for those joining now -hi! *waves

Here is where we are at. I had painted our Grand Salon in France a hideous, girly, darkish pink. It looked like a nine year old’s bedroom – all it needed were some Lelli Kelli shoes scattered on the floor. And so I had begun a search to find a pink I DID like. I was open and broad minded in this quest – from lilac to nudes to peaches – no shade of pink was denied its chance. See above!

As it turned out I fell back on my old friends at Farrow and Ball (don’t ask why I didn’t just do that in first place) and went for Calamine. 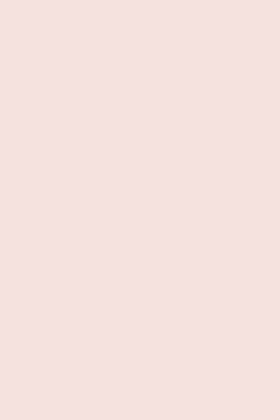 Calamine by Farrow and Ball

but the wall above remains in our London dining room and produces an interesting talking point for guests.
Guest….
“So, which one are you going for,”
Us…
“None of them.”

And we set to work, reprinting the entire room. And then we added a wooden floor which came from Bricot Depot and some tall skirting boards which Peter plans to add to the rest of the house one day but he ran out of steam doing the Salon.

And I added two hanging lights I bought in the Graham and Green sale. I got Peter to replace the hanging wires with vintage style fabric covered cord bought on eBay. And we are currently in the process of recovering all these old chairs we’ve found in Vide Greniers.

The coloured chandelier has been moved around every room in the house and will be replaced in here too but we can never get rid of it as it hung in Peter’s dining room in Los Angeles where we first met. When we left LA, we left the chandelier with my LA dwelling Aunt Moira and it lived in her garage for about ten years until I decided I’d carry it back while visiting for work. It came on the flight as hand luggage much to the annoyance of other passengers. And now it’s in France. And Peter keeps optimistically hanging it in every room until I point out it ruins the ‘mood’ I had planned….. Maybe it could go here (current utility room!)…. 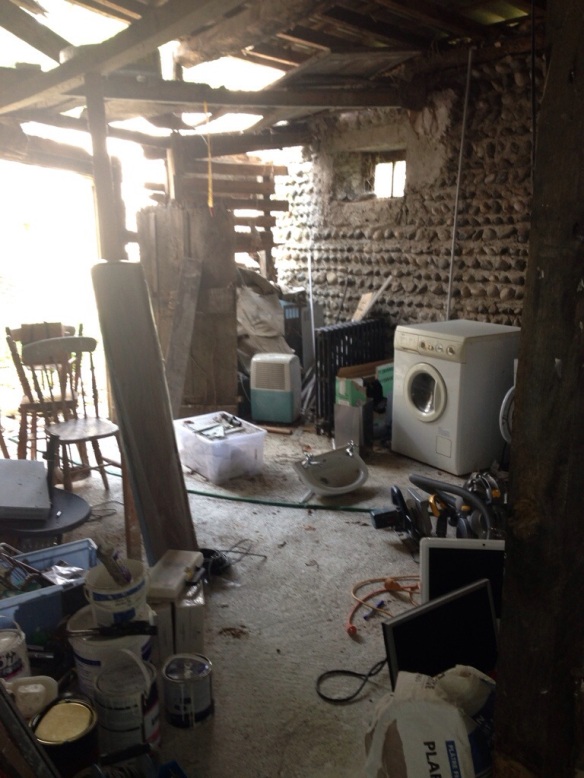 And as a gift for us all and our newly repainted Salon, Serge brought us an enormous plant which we added to our ‘reading corner’ and we have a long list of other things we would like to go in it. Mirrors, chairs, tables, bookcases – pretty much everything but at least I have painted walls in a colour I love. Phew. 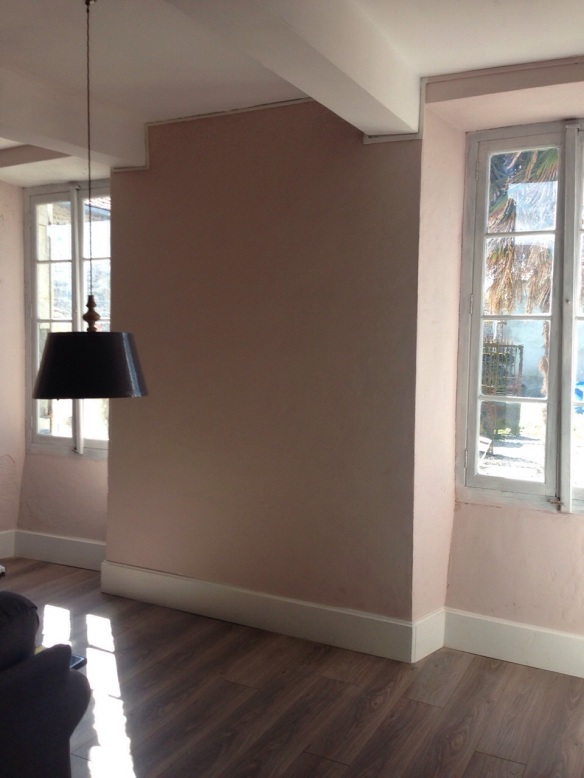 The Chandelier of love! 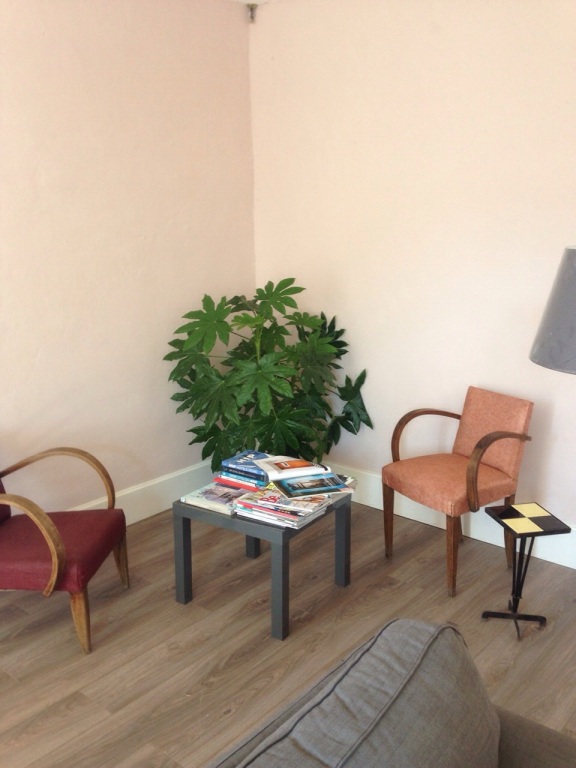 Serge’s plant and some French mags! 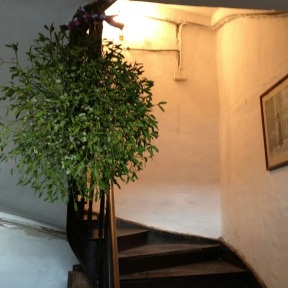 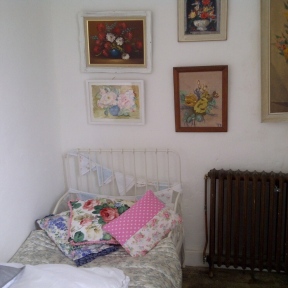 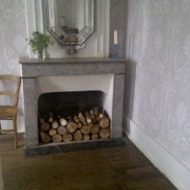 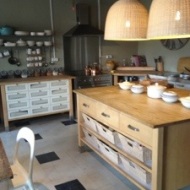 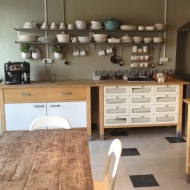 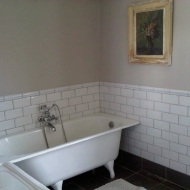 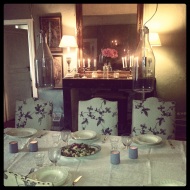 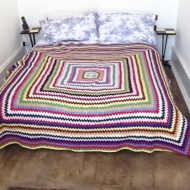 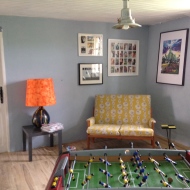 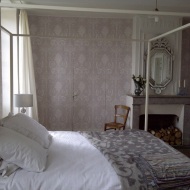