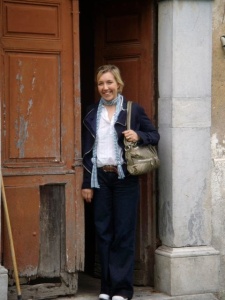 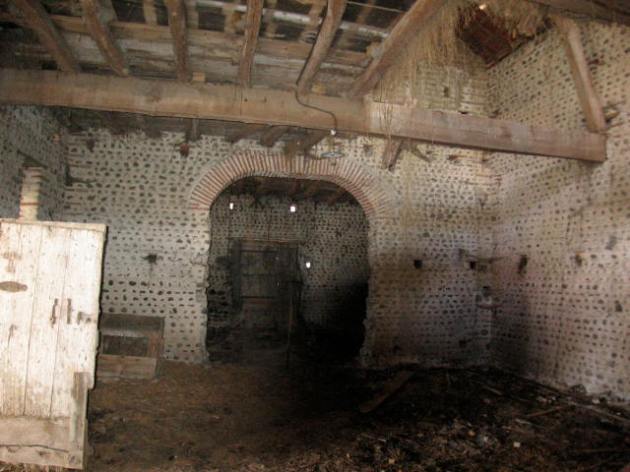 So how DO you end up buying a house in a tiny hamlet in SW France? Well this involved a lot of ‘bookmark bar dreaming’. You know the thing. You see a house you love for sale by trawling french property websites, you drag it onto your bookmark bar and then open it every now and then to see if its still for sale. Imagine yourself there throwing big dinners for friends, cooking Confit of Duck, wafting in the backgarden picking lavender. Chances are though, it still will be for sale because most tumble down French property is difficult to sell. Only crazy English people buy falling down, in need of attention, French properties. So in the current market they can sit there for sale, getting more and more run-down as months go on. Which is what happened here. Until, two unconnected events took place.

1) My mother-in-law, Joan, died. She was 82 years old and had lived a wonderful full life. There were stints in Africa as a midwife in the 50s, dodging doodlebugs in WW2 in London delivering babies and then going to Canada as part of the war effort where she met her husband, Lee. After returning with Lee and his children from a previous marriage to her home in Devon, she went on to give birth to my husband Peter and his sister Ruth. They, finally settled in Bristol and had several grandchildren. These children and grandchildren, including my husband Peter were left a nice sum of money when she died (her husband Lee had died in 2000) for which we were very grateful but had no plans to spend impulsively.

2) Peter did a bit of ‘bookmark bar dreaming’ clearing out. He decided to revist all those properties he had optimistically bookmarked and have a REALITY check. There was no way we could afford any of them even with a little windfall. Except…. As he got to a Maison Du Maitre in the Haute Pyrenees with it’s own 1 acre wood, 6 bedrooms and bright yellow (albeit falling off) shutters, he noticed the price had been reduced by almost 150000 Euros! Zut Alors – this would never happen at Foxtons… Miraculously, this home was now within our grasp.

And so, in May 2009 with the children left at home with my parents, Peter and I flew to Pau to meet up with a slightly smarmy (probably slightly desperate) estate agents called Patrick at a property that had been on his books for over 2 years. We fell in love straight away. We saw beyond the nicotine stained, EVERYTHING, mould encrusted bathrooms, ceilingless and floorless rooms with rats and mice living there. What we saw was an enormous house where we could holiday with our friends, a huge barn that we could spend a lifetime renovating long after the house was finished, a wood where the family could build a treehouse and a local village with restaurants that served soup, salad, steak and chips followed by creme brulee and a carafe of red wine for just 12 Euros each. And so reader, we put in an offer…..

4 thoughts on “And then we went to look at it”