The French House had taken shape and over the last three years we’d achieved a huge amount. Sometimes I had to sit and look at old photos of dirty concrete floors and rats nests just to remember how bad it had been. The early days where we huddled around the fire in the kitchen with only an acroprop for company! And a bizarre Flinstones grotto! 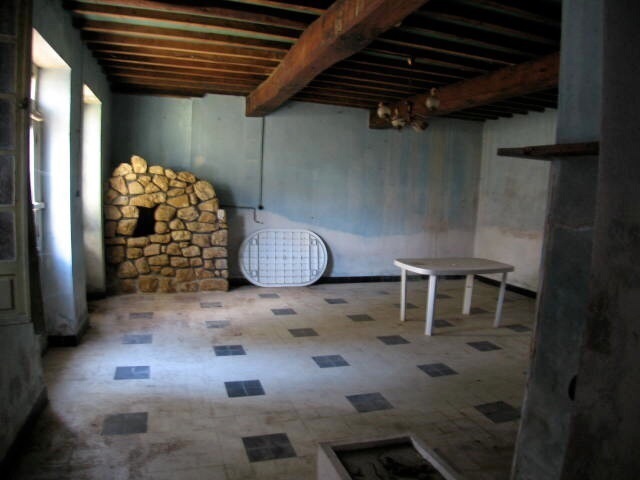 Yes there is still a lot to be done and we’ve even had to redo certain rooms like the downstairs guest room here (am planning a big kitchen makeover in 2015 – watch this space!) but essentially it was comfortable and clean. We’ve even listed it for rent on Air BnB (link here )

And yet, about a year after starting the French house project, we decided to buy a house of similar disrepair in London. So now when we arrive back at our London house after the fourteen hour drive home – we leave a relatively nice, comfortable, clean french home – back to a dirty, ugly, building site of a house! Truly it’s basic. And the speed of fixing up our London renovation project is nowhere near the pace of France. We are seasoned renovators (Peter has done up and sold three or four houses over the last few years) so we thought we should have a go at a large family home that came on the market on our street in London. Actually it was three bedsits – with an external staircase to access the top floor one. In the early days of living there we had to go outside just to go to bed. 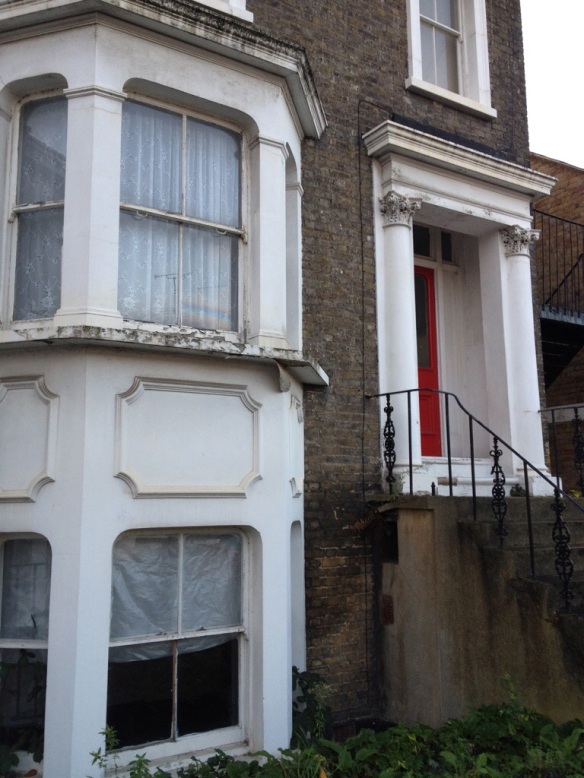 But as it was over four quite large floors, we saw ‘potential’ the renovators dream! Large, high ceilinged rooms, room to expand out on all sides, separate sitting rooms for us and the boys, four bathrooms and a huge garden by London standards. (Non London readers, anything others than paving slabs of 10×10 is quite a luxury)

So reader, we bought it and moved in. And three years later we don’t seem to have done much at all compared to our French House. Maybe because when in France we have little else to do whereas in London combined work lives and social lives suck our time like a Dr Who vortex!

It has taken so much longer to do anything as we are living among it all. Just moving all the wiring in the four floors of corridors and replacing skirting and architrave around doors (oh and taking all doors off to sand and repaint) has taken a year. But recently we turned a bit of a corner as the boys bedrooms in the loft are almost finished and work has begun on their top floor bathroom.
I have no before photos as these rooms simply didn’t exist – they were one big attic room we had a loft conversion company come in and build out to both sides.

I let the boys get involved with colour choice and tried to make some fun elements for both of them. They each have a sofa bed from made.com

Seb has a magnetic board with minecraft magnets so he can put up posters etc while Arthur has a whole wall made of cork tiles to pin his various Dr Who related stuff. 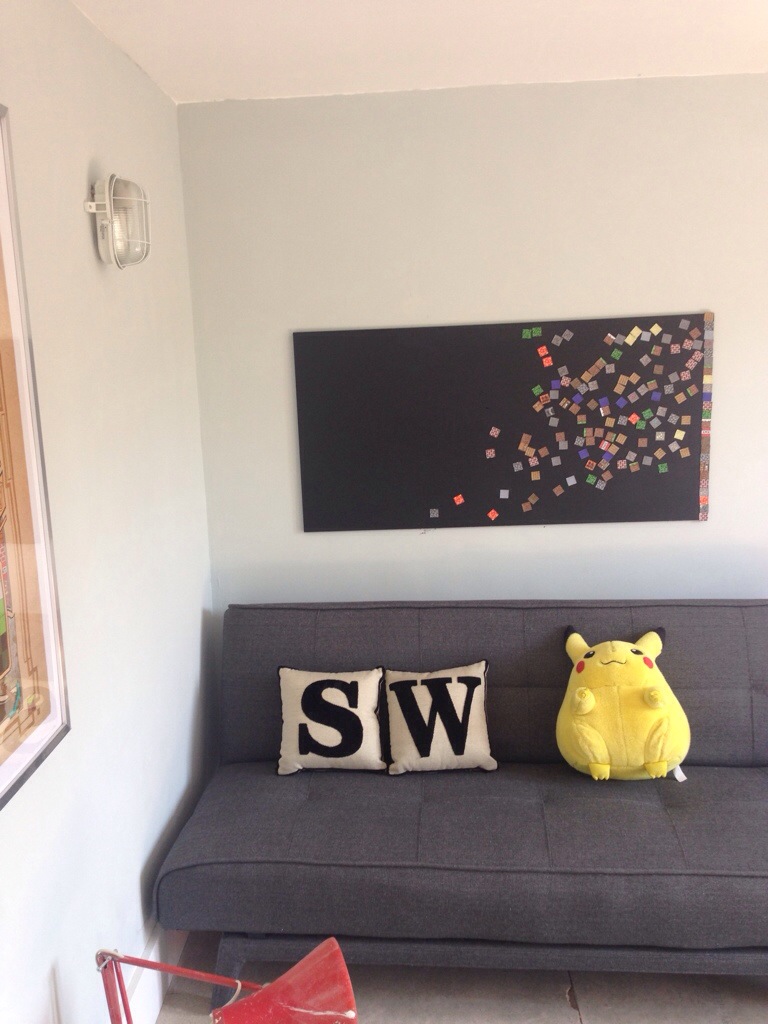 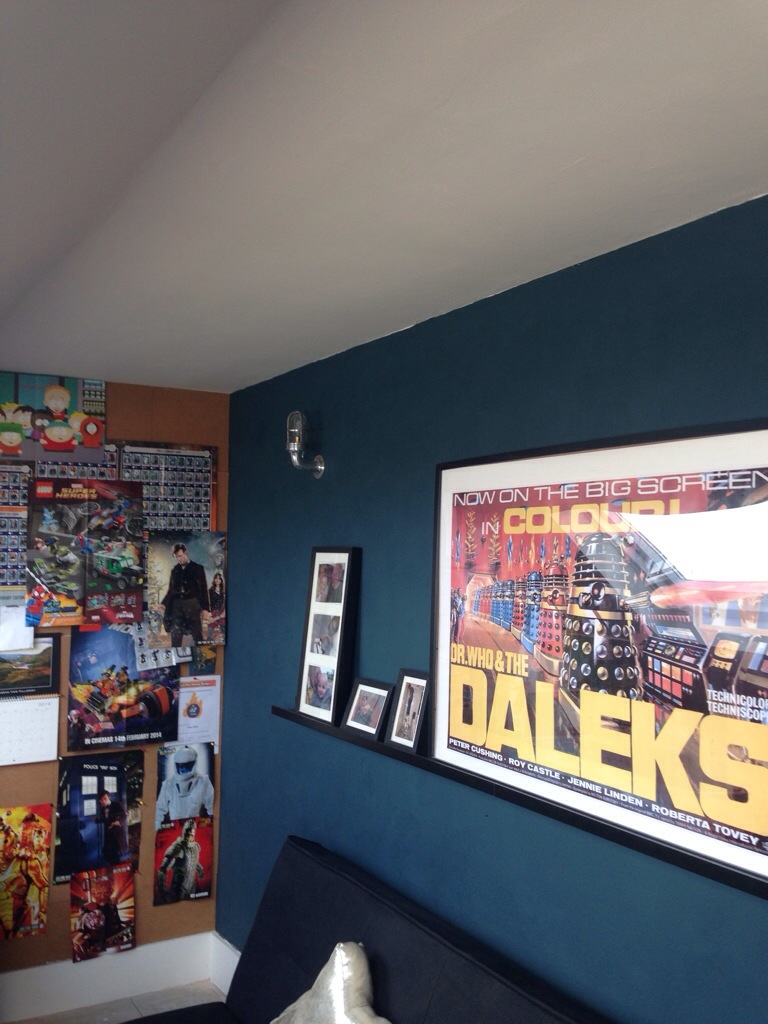 The boys both wanted shades of blue so for Arthur it was a ‘almost teen friendly’ Hague Blue from Farrow and Ball. And for Seb Borrowed Light – “it’s grey” he wailed when it was done, but I persuaded him that no it was blue, very pale blue. I have promised him an orange cupboard eventually to brighten things up!

And although it is small steps and the rest of the house is really, still huge amounts of work, the progress we made over the years in France means I KNOW that we can do it and one day it will be nice. I just have no idea when that day is!!!

11 thoughts on “Renovation project Number 2 (meanwhile back in London..)”